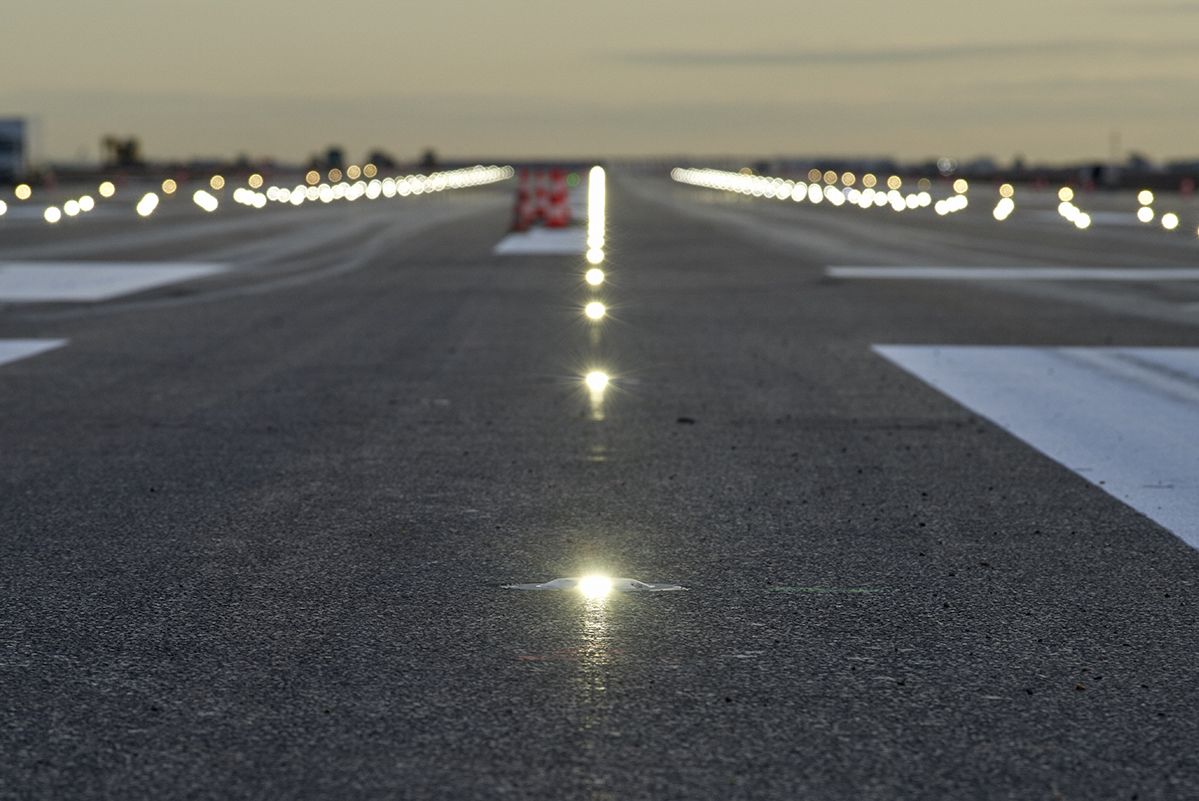 It’s not every day that we get to rebuild a runway at France’s second busiest airport. But this runway rehabilitation project, including an upgrade to ensure compliance with standards, which was carried out at the request of Groupe ADP with the launch of works in late July of 2019, could not really be put off any longer. Built just after World War II, then extended in 1959, Runway 3 was beginning to show its age, despite regular maintenance work. In addition, only part of it was to be rebuilt, because asphalt was to be recovered over about one-third of its length while the remaining pavement on the western side was to be entirely deconstructed, then reconstructed.
More substantial than the work carried out on Runway 4, this project coordinated by Groupe ADP’s engineering team was also more complex for a number of reasons. This project coincided with another one to reinforce the aircraft bridge passing over the RN7 national road and under Runway 3.

To complicate matters even further, a tunnel boring machine was in operation at the same time as part of the Grand Paris Express project, in connection with the extension of Line 14. Although this tunnel was being excavated 30 meters underground, it was still important to make sure that it would have no impact at the surface. Lastly, Groupe ADP’s project for the runway involved more than just rehabilitation. In addition to the deconstruction of the old concrete pavers composing the surface and the reconstruction per se, the associated equipment also had to be brought into compliance with standards. Replacement of aging electrical substations, upgrading of airfield lighting cables, asbestos removal – at the project’s completion, all of this equipment would have to meet European Union Aviation Safety Agency (EASA) standards.

High-precision phasing for a limited impact 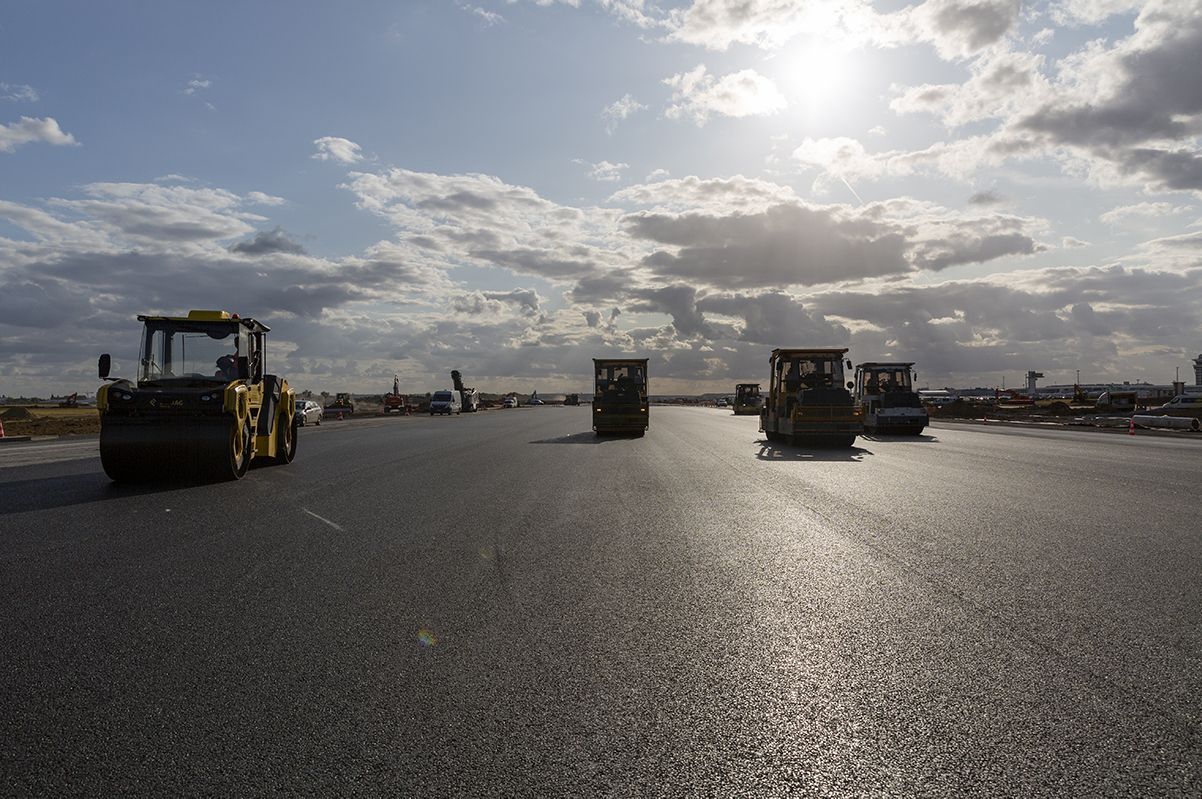 Given that Paris-Orly Airport is a major hub for both domestic and international flights, with a single terminal divided into four zones (Orly 1, 2, 3 and 4), serving some 30 airlines and an average of 33 million passengers per year, with 627 flights per day, time was an essential factor. The project, which was carried out by a consortium including Colas, required a highly efficient logistical organization and had to be completed in just 14 weeks. At the height of operations, between 650 and 800 people were working on site, alongside more than 150 site machines and other heavy equipment vehicles: splitters, planers, excavators, bulldozers, levelers, scrapers, finishers, feeders, etc.
The teams managed to considerably limit the impact for the approximately 30 airlines served since fewer than 10% of the 55,000 to 60,000 flights planned during the period needed to be rescheduled.

A responsible project, in line with circular economy principles 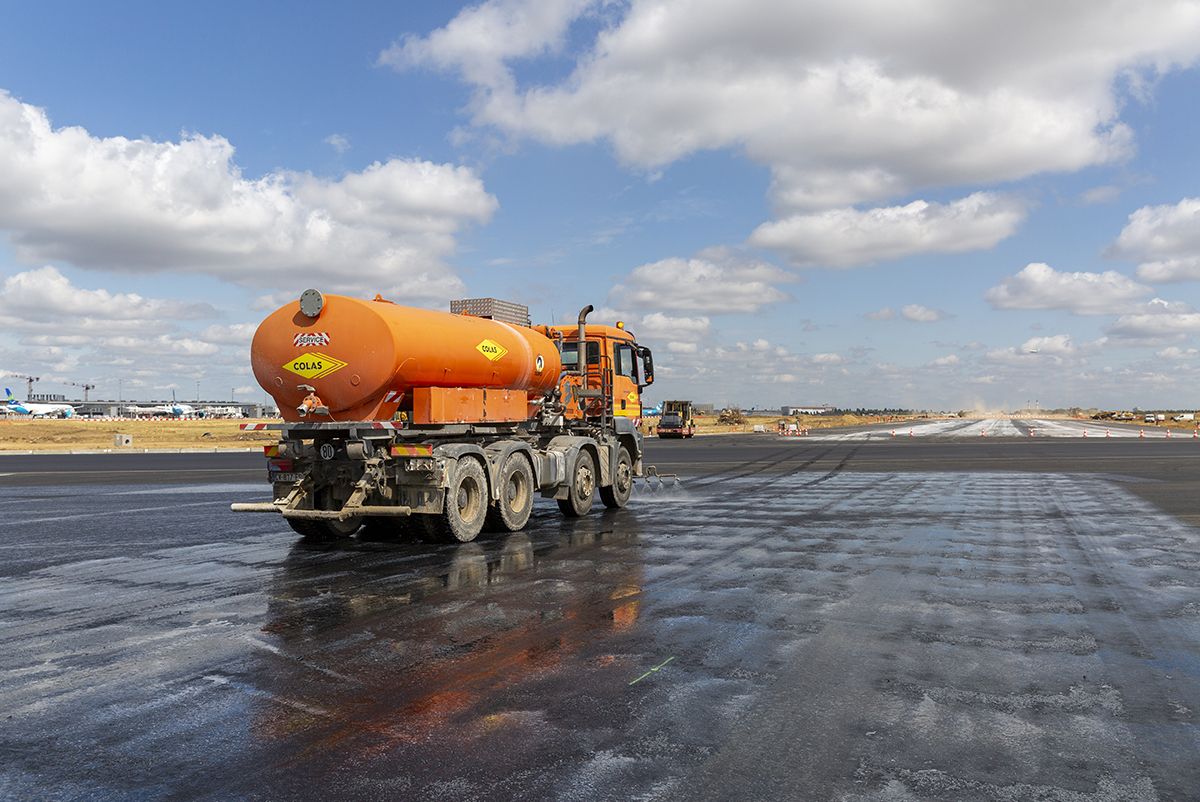 Apart from its technical and logistical challenges, the project also was to meet high environmental standards. Applying circular economy principles, Colas set itself an ambitious target with Groupe ADP: recycling in situ all of the 185,000 square meters of concrete pavers removed. As each of these slabs was 40 centimeters thick, the total volume of concrete recovered weighed in at a hefty 235,000 metric tons.

Once it passed through the crusher, the resulting base material was ready for its second life. After being treated with a hydraulic binder, more than half of the total weight of concrete, about 125,000 metric tons, was used in the new runway. A further 49,000 metric tons were treated using a different process to make the draining structures needed for the wastewater trenches. Most of the rest was reused as concrete covering for multi-tubular systems, and the remaining portion was sent to other sites. 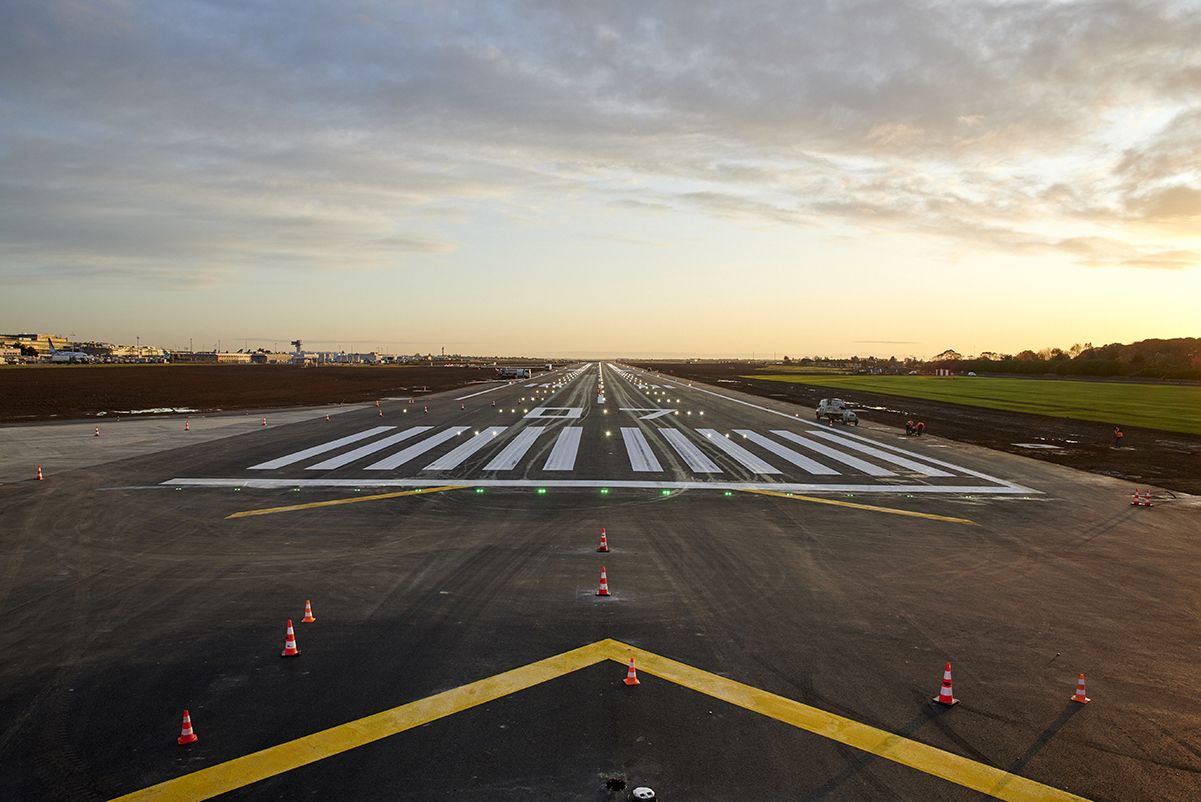 Taking circularity to the next level, Colas teams set up three open-air plants on site to process the pavers, avoiding an endless stream of trucks transporting materials and thereby reducing the project’s environmental impact. The first of the three plants crushed the slabs and transformed them into concrete gravel of varying particle sizes and shapes. The next one produced the different treated materials and the concrete used in the reconstruction process, while the third manufactured the asphalt mix used as the final surfacing of the runway during the last phase of the project. The project was exemplary from the standpoint of environmental responsibility, because the recycling of materials from the former structure avoided the circulation of 13,000 articulated trucks: 6,500 for evacuation to a landfill and another 6,500 to transport materials to the site.
The teams that worked at the Orly site won’t be forgetting the incredible feat they pulled off with this project anytime soon!